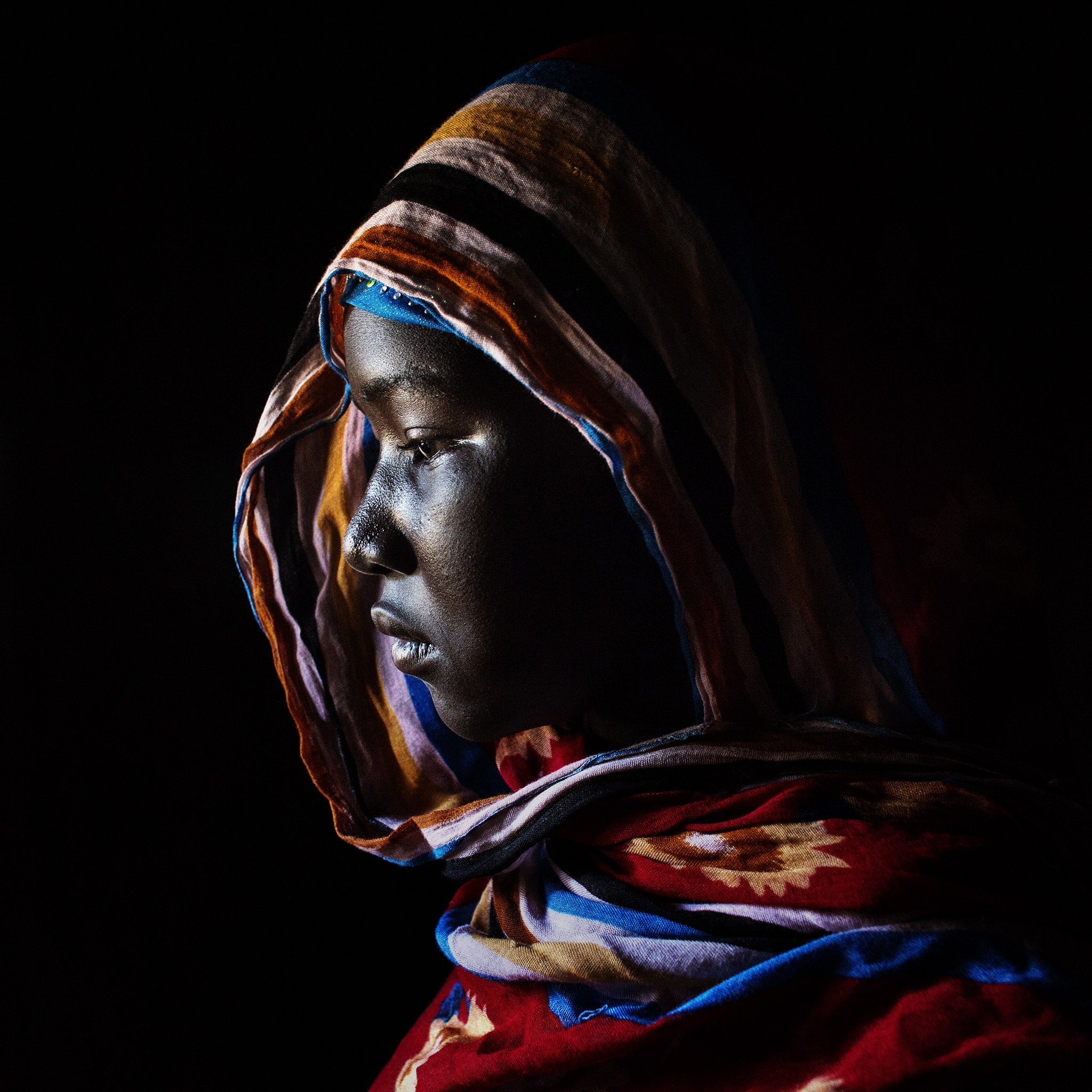 Portrait of slave in Mauritania

According to the Global Slavery Index 2013 which provides a ranking of 162 countries around the world, Mauritania has the highest proportion of enslave people: 161.000 on 3.796.000. Slavery in Mauritania primarily takes the form of chattel slavery, meaning that women and children are the full property of their masters who exercise total ownership over them and their descendants. Slave status have been passed on to generations from people originally captured during historical raids by the slave-owning groups. Mauritanian society is made up of three main ethnic groups: Black Moors or Haratins, Afro-Mauritinians and White Moors. Haratins, whose name literally means “those who have been freed” are descendants of the Black Moors, the historical slave population “owned” by the White Moors. The White Moors are a minority in the country but wield a huge political and economic power. Despite the existence of national laws it is very difficult for victims to seek justice. If a victim doesn’t file a complaint, investigations cannot be pursued. In fact the burden of proof lies with the victim and national human rights organizations, for example, cannot file a case on behalf of a victim. Most of them are illiterate; unable to manage the paperwork involved and unaware of their own rights.

What is Voices of faith?

Women know what it means to have little or no voice in influencing decisions that affect their lives. Voices of Faith aims to bring together leaders in the Vatican with the global Catholic community, so they can recognise that women have the expertise, skills and gifts to play a full leadership role in the Church. Why does the Church continue to deny women that right based purely on gender? We amplify the capability of women in education and programs of social transformation, especially in areas of marginalisation and extreme poverty. Above all we showcase the enormous and under-utilised potential of women to exercise leadership at all levels of the Catholic Church.

Voices of faith theme for 2018

We live in times marked by change, but there are places where gender equality is being systematically overlooked. The Catholic Church is one of them. Young Catholic women are passionate and ready to stand up for their beliefs.
They are committed to making a difference, in their communities, in their workplace, in the global arena. They are role models and leaders in their societies, why are they excluded from being leaders within the Catholic Church?

Costanza at Voices of Faith 2018

A conversation between Magalie, Zuzanna, Niv, Gaya and Costanza